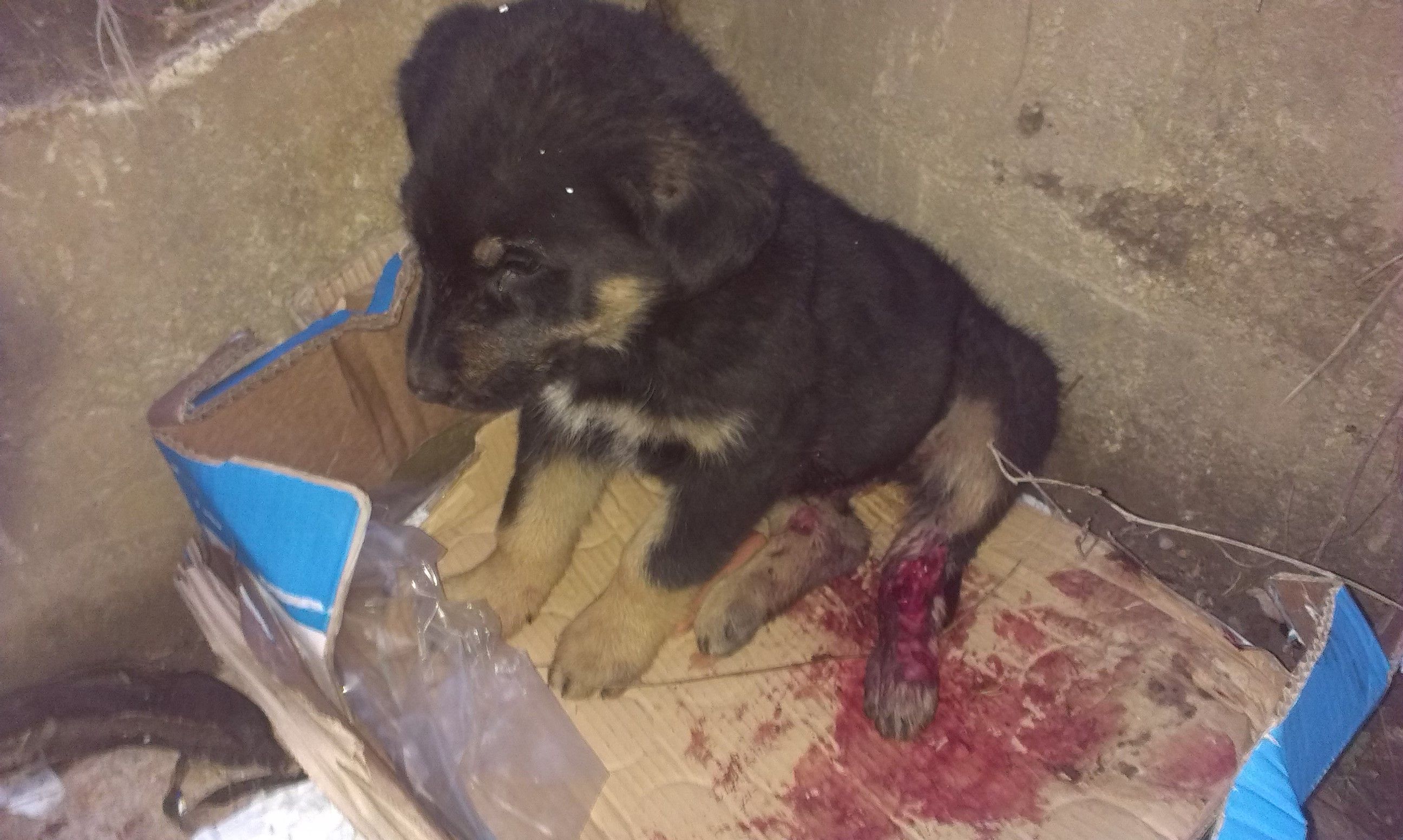 The pictures are horrible and disturbing. If you can’t stand to look at them please do not open them!! However, I think people NEED to know what is happening… And this is not the only case as this happens every day.

This poor poor baby boy was hit by a car and left sitting inside a hole near the road for at least 5-6 hours. I talked to people who were near by and have seen it, they told me that he was run over by a car and barely made it inside a

whole where he stayed. People were passing by and turning their heads away as it was too disgusting for them to look… not to mention helping a little boy. Even people with their dogs have passed by… Nobody thought of helping him, taking him into their arms and rushing to a vet!. Some food was found beside him, somebody brought him food…. he did not need to eat – he needed a vet! I was so angry…I found out about this little boy through a phone call and immediately rushed over… I dialed all the vets in Sarajevo and some of them were away on a business trip and could not help but others did not even bother to pick up the phone and ask why I am calling so late on a Sunday night! We do not have an emergency vet clinic in Sarajevo…It is absolutely scarry to think that in case you need a vet late at night – you will probably not be able to find one and your loved one might die… This happens quite often. It is hard to be an animal activist and fight with all you have but not being able to get full support when you need it.

In the end I reached one vet who was at home and I plead for help.. I drove as fast as I could to get to his home, he was kind enough to do all he can to help but the prognosis was not good. Broken leg in 3 places, open wounds, his bowels have come out as the car drove over him and lots of internal bleeding. Still, we decided to fight and try to save him! Lots of pain killers, antibiotics and stiches but a surgery could not be done before Monday… 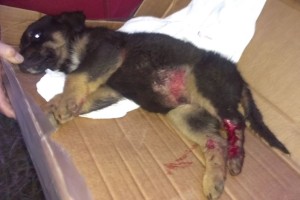 I find comfort in knowing we did all we could to save him… and I am happy that he did not die alone, in a hole… He felt my arms around him and my kisses on his little nose and even if for only short time – he felt love.

This is the mom in an abandoned house, living in trash with her 6 babies. As you can see in photo1 – she is standing on the window when she saw me coming! This pictures is AMAZING in my words and it makes me cry whenever I look at it. The house is falling apart and everything is very dirty. Mom is defenfing her babies and barking but I am not sure if she is aggressive also without babies or only protecting her children. They were very very hungry so at least I am feeding them every day until I find a solution to help them…

I will send you one more e mail with their pictures after this one.

It will be lots of money to put them in a pension so I am afraid this is not the option. Maybe only few babies but how can I PICK some and leave the others? I can’t do that… 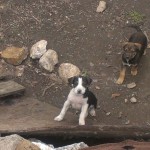 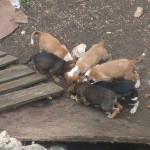